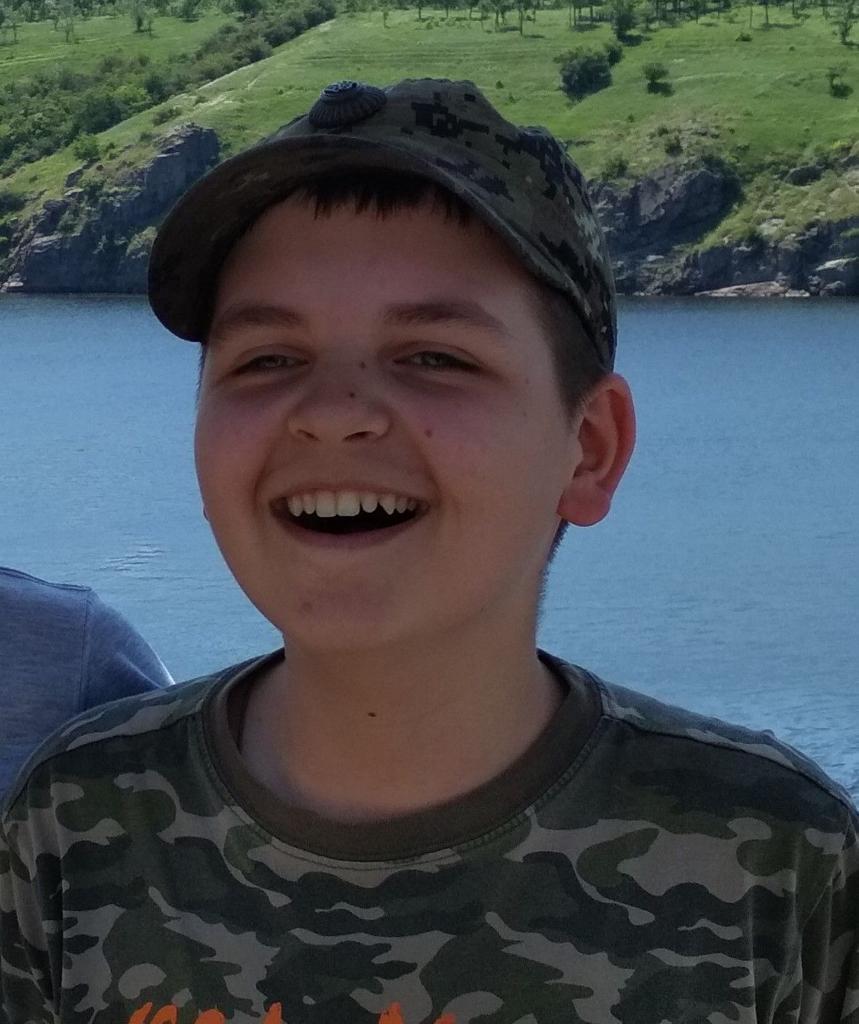 How much can change in just one year. Imagine how parents feel when their only child, a clever and excellent student at school, fond of ship modeling, suddenly is unable to compose letters to read a word in just couple of months! And after a while, he almost stopped seeing, eating, walking and at the age of 17 he weighed 36 kilograms! What could have changed the life of a young man whose whole life was just ahead?

Sasha’s story lasts 12 long years. It all started when he was only 5. Suddenly the child became ill, then a coma and a diagnosis of hydrocephalus. MRI showed a tumor that no neurosurgeon in Ukraine had operated on at the time. Time was lost, and in a short period of time the tumor increased 8 times! But the parents found a way out – they reached out to the professor in Turkey, where 2 complex surgeries were performed and the tumor was removed. Histology showed that the tumor was benign. Almost 30 thousand euros were spent on surgeries and rehabilitation! Of course, the tumor left its mark – there were seizures. Still, after the child was put on his feet, everything seemed to be ok. Alexander studied well at school, dreamed and made plans for the future. But, unfortunately, in 2020, the disease crossed everything again.

Sasha’s eyesight deteriorated, he began to stumble and ate very slowly, was unable to read or write.  MRI in December 2020 showed that the boy had a tumor in his head again. Another visit to Turkey cost the parents 17 thousand dollars, but the examination and treatment did not show any results. But the question “What tumour was in the head of their son?” remained unanswered.  Sasha has been at home in Ukraine for six months now, his condition is only getting worse, paresis of his left body has appeared. All that is offered in Ukraine is chemotherapy, but is it necessary if there is no diagnosis? Doctors in Israel give a chance for correct diagnostics with histology and treatment. But the bill issued by the clinic is beyond the means of a financially exhausted family – $ 55,538

Parents beg for help! There’s no time, because Sasha is getting worse every day. Therefore, you are his only hope! We can give this child a chance to recover!

Make a quick donation on this profile or by bank details:

Recently, the parents of 11-month-old Eva Koval noticed that their daughter had different eye colors, one darker than th...