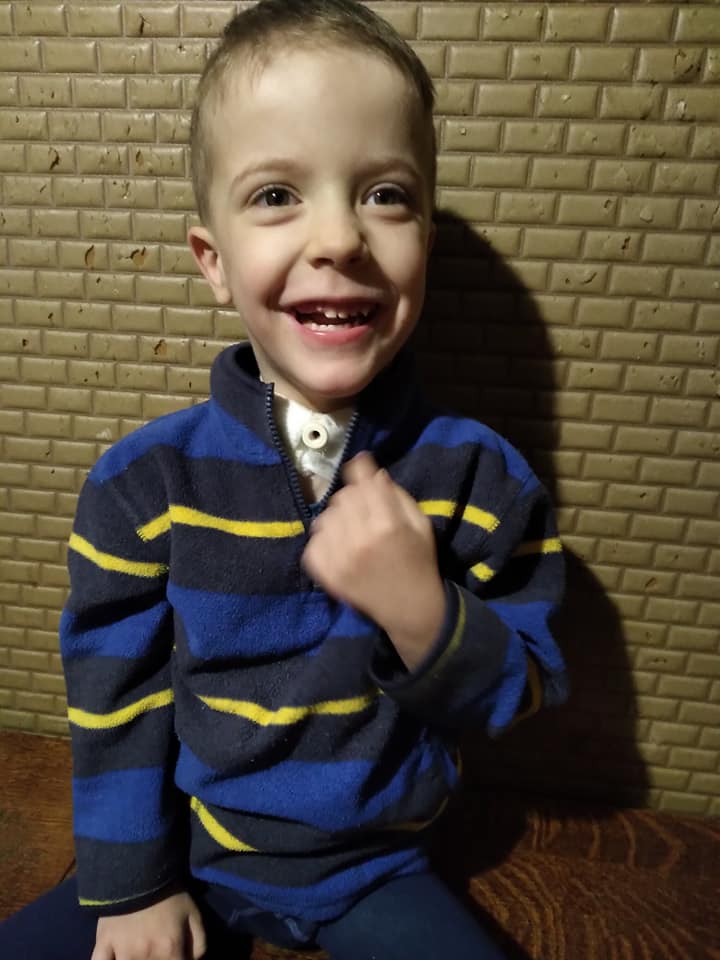 This little hero’s name is Nazar. He is three and a half years old and he has been fighting for his life since birth. He was born prematurely at 28 weeks. Then followed long-term  staying under a ventilator, heart surgery, buzzing and cardiac arrest for 10 minutes after rupture of the trachea. Eventually, Nazarchyk was fitted with a tracheostomy so that he could breathe on his own. The baby was able to come home to his relatives only at the age of 10 months.

Nazarchyk’s diagnosis sounds like a III STAGE REPEATED STENOSIS OF THE TRACHEA, PARESIS OF THE VOCAL CORDS. For doctors, the fact that Nazarchyk speaks clearly and distinctly is a miracle. We can only imagine how strong this childis! His parents have been to Kyiv multiple times, hoping that the tracheostomy would be removed. In the end,the mother was told that if they had an operation, Nazarchyk would be able to breathe on his own but wouldn’t talk. Parents can’t go for that. Just imagine – to take away an opportunity to speak from a child. This is a huge psychological stress!

But it’s possible to do the surgery in Israel! And we know that there is hope, as our ward Vitalik Soltovsky successfully underwent treatment with such a diagnosis – now he talks, breathes by himself and even sings! Nazarchyk’s biggest dream is to get rid of the hated tube that prevents him from being like other children and going to kindergarten.

We know that there are lots of kind-hearted, caring people who are ready to lend a helping hand. Today, three-year-old Nazarchyk needs this and hopes for your sincere hearts.

REPEATED STENOSIS OF THE TRACHEA STAGE III, PARESIS OF THE VOCAL CORDS

Tsekh Dobroty wants to introduce you to a new ward, a young woman from Drohobych, Zorіana, who was unfortunately diagno...

Little princess Melania is only 3 years old. A cheerful and kind girl who made her parents and older sister happy every ...

Oksana’s life turned upside down. Until last month, all she spent energy and time on was working to be able to pro...