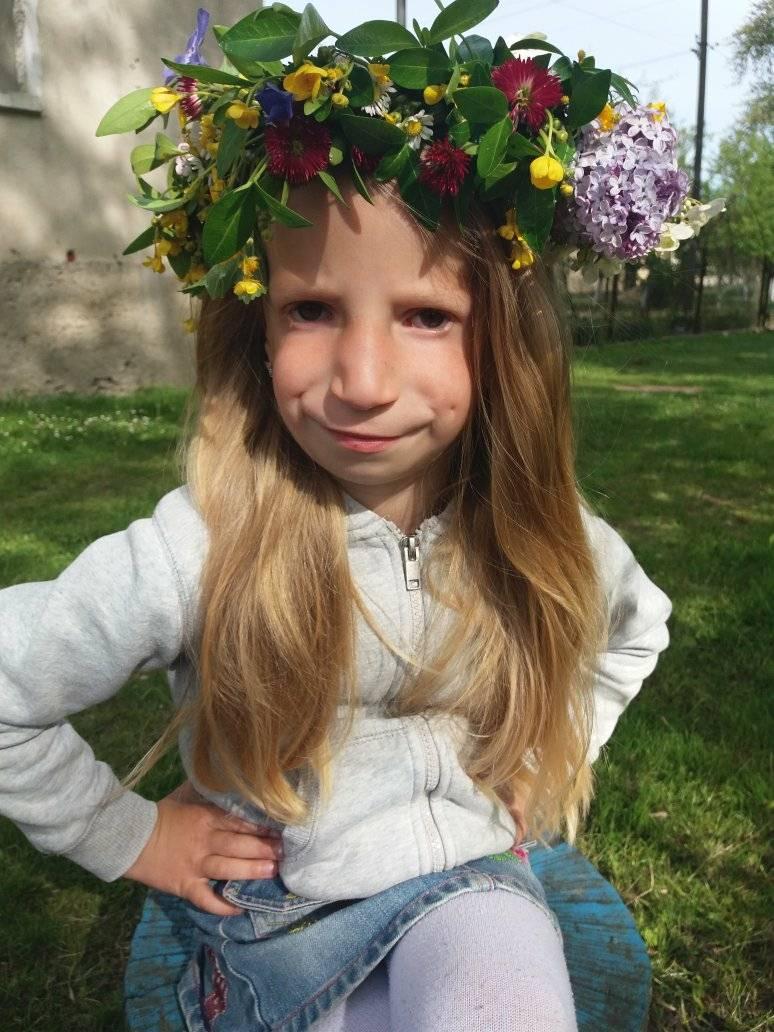 Viktoriia is a long-awaited child in the family, her parents have been waiting for their little princess for 7 years! But the joy of childhood was overshadowed by the diagnosis  immediately after birth – TRICHER-COLLINS SYNDROME (the result of a mutation in genes that causes deformation of the skull) Besides the special facial features, Vika is no different from her peers – she is smart, loves drawing, dancing, studying, writing and reading from a young age. And this year she became a first-grader.

When Viktoriia was very little, her parents were offered an surgery worth 30,000 euros, but they refused because it was difficult and got many risks to the child’s life. According to doctors, Vika’s  one ear heard just a little, but the other was almost deaf.  Therefore, at the age of 3, the girl had a hearing aid installed on her weaker ear. Vika started talking more and developed well, she went to kindergarten like all children.

But recently, parents were told that Belgian doctors had arrived in Lviv and agreed to perform surgery on Viktoriia. Without wasting time, mother and Viktoriia head for Lviv. Doctors performed an MRI of the girl and shocked her mother with the news – the ear, which had a hearing aid all this time – is not working at all, there is no ear canal or an eardrum, so the hearing aid had been just unnecessary all this time! The surgery was canceled…

But Belgian experts insist that it is necessary to save at least the other ear, which still hears a little. This does not require a complicated surgery, but only the installation of a cochlear implant, which will preserve hearing! When the doctor simply put the implant close to Viktoriia’s ear, she finally heard new sounds! And since then she has been asking her mom for such a “thing”! Little one, we all really want you to have this “THING” and it will definitely happen!

Its price is 9,700 euros, and it can be implanted in Lviv. But a simple family does not have such funds. They turn for help to all concerned – HELP THEIR DAUGHTER TO HEAR!
We believe that with your help, the dream of this sunny girl will finally come true! After all, together we can work wonders!

YOU CAN HELP HERE ⬇️

The carefree childhood of a 7-year-old Yulia Tymoshchuk was ruthlessly invaded by an evil enemy – acute lymphoblas...